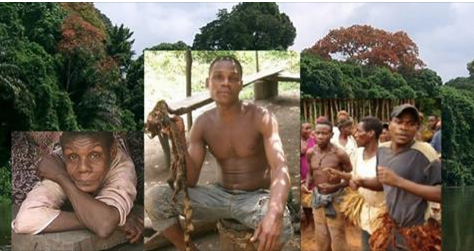 
It all started in 2008 with Jacqueline Johnson, an African-American family genealogist, who tested various family members for her Johnson family genealogy project.  Johnson submitted DNA samples of a few male cousins to FamilyTreeDNA for a routine genetic analysis of their Y-chromosome. One male cousin, whose identity remains anonymous and who subsequently passed in 2013, had an unusual and mysterious mutation.

According to genetic genealogist Bonnie Schrack, after the 12-marker results from this test were received in 2008, Johnson's unidentified male cousin had no matches in the database. The sample sat there untouched until 2011, when Schrack became the administrator of the Y-DNA "A" Haplogroup Project at FamilyTreeDNA.

"At the same time a landmark paper by Cruciani et al had just made a momentous rearrangement of the Y-chromosome phylogenetic tree's root zone, so there was a lot of curiosity among some of us who were working on the tree, through ISOGG and as project administrators, and on the DNA-Forums as to what more could be learned," says Schrack.

Schrack says there were a considerable number of members of Y-DNA haplogroups such as A1a and A3b2 in the project, and a few whose haplotypes were not easy to classify. Johnson's unidentified male cousin, who had recently upgraded to Y-37 markers, was one of those members.

After coalescing with Thomas Khran, other genetic genealogists and citizen scientists who were interested in this research, Schrack says she weighed the possibilities. "Working with a North African professor who lives and teaches in Mexico, we planned out a series of individual SNP tests to place the unclear samples in the Y-DNA phylo-tree."
Thomas Khran did all the testing. In the Fall 2011, Khran performed Walk through the Y tests on two other project members who were A0. Then by Winter 2011-2012, the unidentified male's Walk Through the Y that was to be A00 had been identified. After much investigation and several Walk Through the Y tests on these divergent Y chromosomes, Schrack and Khran alerted FamilyTreeDNA's Dr. Michael Hammer to this one especially unique Y-chromosome.

By November 2012 Schrack, Thomas and Hammer did a three-part presentation at FamiiyTreeDNA's conference. This subsequently led to more attention from the mainstream.

According to New Scientist when FamilyTreeDNA’s technicians tried to place Perry on the Y-DNA phylogenetic tree and ... they just couldn’t:

"His Y chromosome was like no other so far analysed. Michael Hammer, a geneticist at the University of Arizona in Tucson, heard about Perry’s unusual Y chromosome and did some further testing and concluded:

Bonnie and her team’s research revealed something extraordinary: Perry did not descend from the genetic Adam. In fact, his Y chromosome was so distinct that his male lineage probably separated from all others about 338,000 years ago."

Jacqueline Johnson's unidentified male cousin's Y-DNA mutation seemed to be older than current estimates for the age of anatomically modern humans. For example Y-DNA Haplogroup A, also known as Y-chromosome Adam, is the father of all human males, and is estimated  to be 254,000 ybp according to Mendez et al 2013. However  Y-chromosome Adam's descendant A00 seems much older than 254,000 ybp although there has been some healthy debate on it's age — Elhaik et al 2014 places the age of A00 at 208,300 ybp and Karmin et al. 2015 dated it to between 192,000 and 307,000 ybp (95% CI). This also means Y-chromosome Adam is even older than once thought. While A00's age may be subject to debate, it is clearly the most ancient divergent Y-DNA haplogroup yet discovered. And it was found in Jacqueline Johnson's male cousin from South Carolina.

Johnson traced her unidentified male cousin's earliest know direct patrilineal forefather to a former slave named Albert Perry (b.c. 1819-1827). He lived in Chester and York Cos., South Carolina, first appearing on the 1870 census (below) just after five years after the U.S. Civil War and the emancipation of slavery. Since Albert Perry is the first known historical patrilineal ancestor of Y-DNA haplogroup A00, the haplotype has come to be known as Perry's Y.


The A00 Cameroon Research Project 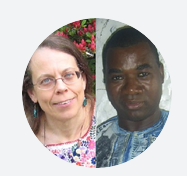 The  A00 Cameroon Research Project was born out of the trailblazing work of Bonnie Schrack, Dr. Matthew Forka (both pictured left) and YSeq founders Thomas & Astrid Khran, all whose dedicated efforts lead to the discovery of Perry's Y DNA haplogroup Aoo. In particular
Schrack and Forka went on a mission to find indigenous men from Africa who had the same mutations as Perry's Y. They hit pay dirt when Perry's mutation turned up in the genetic data of 11 Mbo males (out of a sample of 174) in Western Cameroon.
Schrack says that scientists were able to compare the values of six of the Y-STRs commonly tested for genealogical DNA tests from Perry's Y-DNA results to a database at an academic institution and was able to determine that this haplotype is similar to 11 samples from Mbo individuals, a Bantu speaking population from western Cameroon. It is worthy to note  Thomas Khran obtained samples from colleagues in the U.K. that Matthew Forka had sent to them years earlier and which were later confirmed to be A00. Khran also calculated the date of A00's split from the other haplogroups and helped to get this game-changing information published in a major journal.

Here is the peer-reviewed paper published by team in 2013: An African American Paternal Lineage Adds an Extremely Ancient Root to the Human Y Chromosome Phylogenetic Tree.

By 2015 the A00 researchers reported "the highest concentration of A00 is found in the Bangwa males (27 of 67 samples positive for A00), AND that they are in a separate sub-group to the Mbo A00 samples. One individual was found who fits neither sub-group." 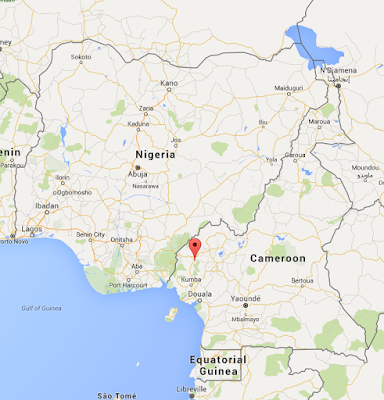 The A00 Cameroon Research Project  seeks to raise awareness and funding to continue their important research "that could rewrite long-held theories about the evolution of modern humans." According to Bonnie Schrack, the team was able to successfully sample the Bangwa, Mbo, and Bamileke tribes, and host a third trip to sample the Banyang and Ejagham people from Western Cameroon. The team is currently planning the latest (2017) major field trip to sample three different so-called Pygmy populations — Baka, Gyele (Bakola) and Bedzan.

Here are a few photos from past field trips to collect A00 samples in Cameroon: 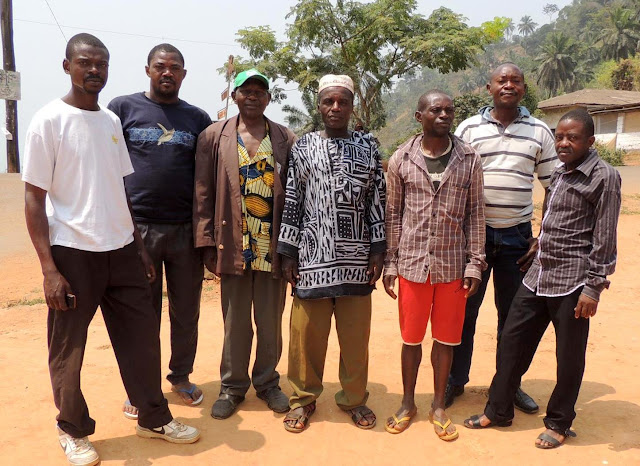 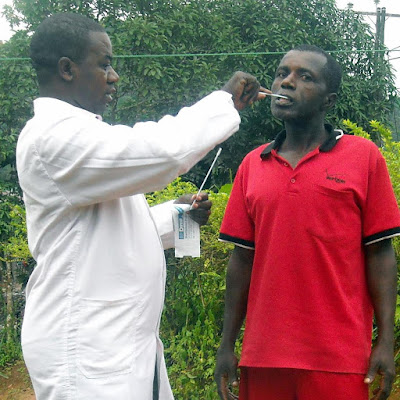 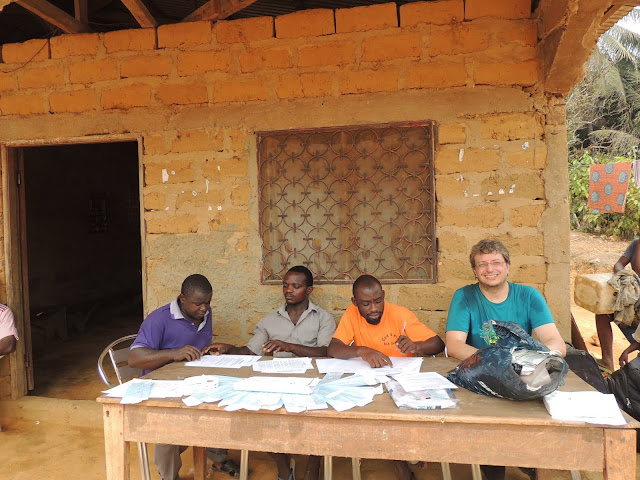