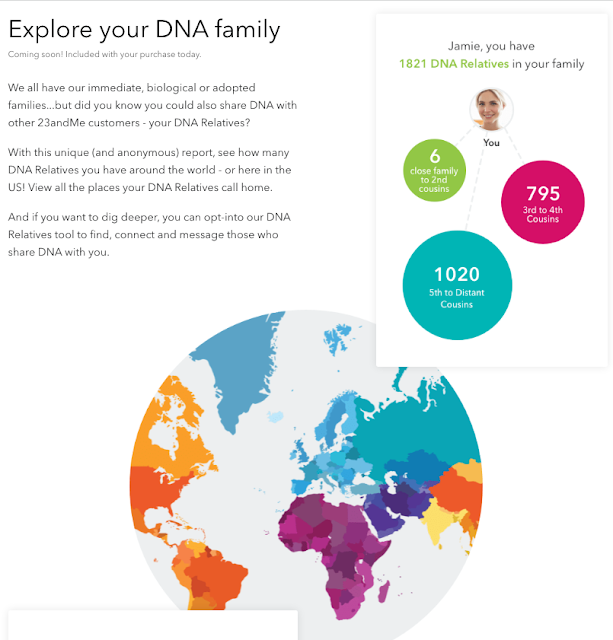 On or about April 24, 2017, DTC personal genome company 23andMe began advertising yet another "ancestry tool, "Explore Your DNA Family," scheduled to be released in near future. The new announcement is on the  23andMe products/ services page (which you can view here). Currently there's no timetable on the tool's release but it's "Coming Soon" according to 23andMe. New testers will reportedly receive the feature with their results, and I assume the rest of us will be updated shortly thereafter. [See new **UPDATE APRIL 28, 2017 below.]

23andMe's "Explore Your DNA Family" apparently allows customers to see an anonymous list of their genetic relatives (who also tested at 23andMe) plotted on a map of regional origins. According to 23andMe, the tool encourages users to Opt-In to DNA Relatives (the actual list of your genetic matches) to fully explore the ancestry shared with their "genetic family." This new tool has the potential to be extremely helpful for adoptees and those looking to find and/or piece together their biological genealogy.

The only two graphics shown so far are the first (above) and last screen-shots utilized for this blog. I can't really glean anything from them in terms of functionality of the new tool; supposedly there was a blog post but 23andMe allegedly removed it.

At this time it's unclear if "Explore Your DNA Family" will entice 23andMe's customers to join DNA Relatives. It has been problematic wooing them in the past because 23andme's rather cumbersome invitation system requires customers to Opt-In to participate in DNA Relatives; a sizable portion of 23andMe's customers are primarily interested in health, and customers with a strong interest in genetic ancestry rarely take the extra effort to invite relatives to share test results or to contact them for any reason.

Even now with DNA Relative's "Open Sharing" feature — 23andMe testers can automatically see and compare their genetic ancestry reports and overlapping DNA segments with all of their DNA relatives (read more at here) — customers rarely take advantage of it. Perhaps customers participating in Open Sharing will be shown in an  "Explore Your DNA Family" display of matches. [See new **UPDATE APRIL 28, 2017 below.]

Of course I'd much rather 23andMe work on: 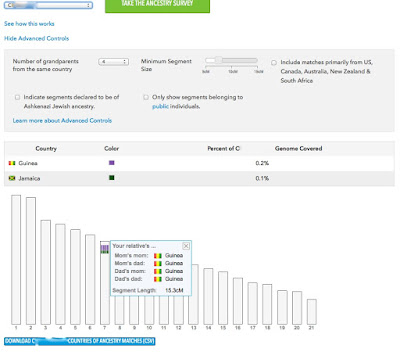 **UPDATE APRIL 28, 2017
From the 23andMe's Forum Moderator:
Hi everyone,As some of you have noticed, we’ve released a new report, Your DNA Family, to a small number of customers. Those of you who do not yet have access to this feature will see it under the Reports tab in your account shortly - I’ll post an update once everyone can view their DNA Family report. Using Your DNA Family, you can see:- Where your relatives are located around the world.- How many of your relatives have ancestry from a particular region. For customers who had results on the old website experience, this is similar information to what was shown in Countries of Ancestry.- See what traits your relatives are likely to exhibit compared to other 23andMe customers. 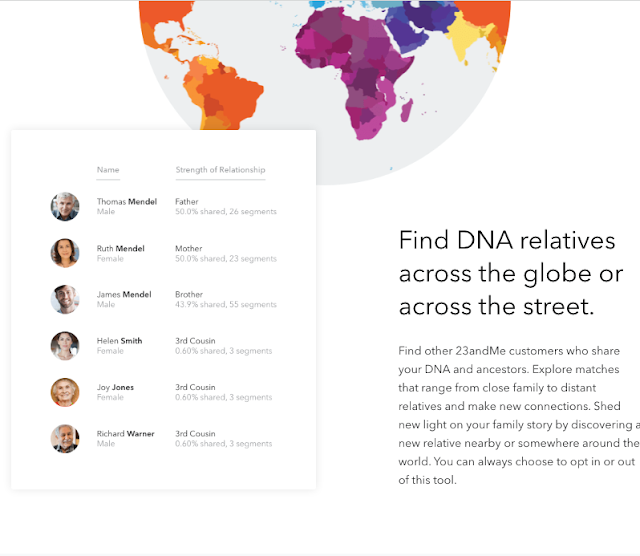 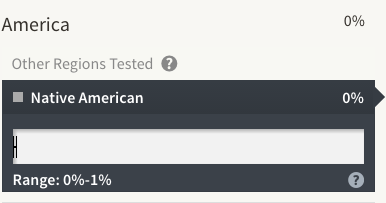 Sometimes a grain of salt can turn out to be a granule of sugar. When a lot of you receive your AncestryDNA Ethnicity Estimate results, you instantly take the percentages you see displayed at face value.

Too often this leads to disappointment especially if the percentages of certain a genetic ethnicity or biogeographical region is lower than expected, absent or inconsistent with your test results from other sources. There are even situations where one parent is the sole contributor of a certain ethnicity, but somehow the child's results show a higher amount than the contributing parent!

What if I told you that you were looking at your AncestryDNA Ethnicity Estimate all wrong?

I was actually surprised by the number of AncestryDNA testers who never realized the Ethnicity Estimate percentages they see displayed are NOT set in stone, including some regions for which they received 0% (zero percent). How is this possible?

What you're really "looking at" is an AVERAGE SCORE that was calculated from a broader RANGE SCORE, the latter of which may reveal the presence of ethnicity admixture you thought was missing. In this blog I'm going to discuss AncestryDNA's Ethnicity Estimate:

(1) Average Score;
(2) Range Score;
(3) How the Range Score is Calculated, and for you ethnicity admixture geeks,
(4) Brief Comparison Between My Two AncestryDNA Kits.

For this lesson I will present my two AncestryDNA Ethnicity Estimate results: Kit 1 (2012) and Kit 2 (2014). I will focus on West African (Nigerian), Native American and European Jewish (Ashkenazi) admixture, all of which was previously detected in my genomic data by other DNA companies, third-party utilities, and independent Biogeographical Ancestry analyses.