"Dearly beloved, We are gathered here today 2 get through this thing called ..."... Genetic Genealogy.
Welcome to the ROOTS section of my blog where I focus on traditional genealogical and DNA stories of my interest. This short — and fun —  dive discusses the discovery of "adopted" ancestors in genealogical research. Dedicated to the legendary music Icon PRINCE Rogers Nelson (1958 - 2016). Enjoy:


"I was dreamin' when I wrote this, So sue me if I go 2 fast, But life is just a party, and parties weren't meant 2 last." ...  You always party like it's 1999 when you're able to advance the family tree backward (or forward) another generation. That is, until you find yourself in 1899 and discover that your ancestor is listed as "Adopted" in a genealogical record! Have you ever unexpectedly come across such an ancestor in your research? If yes, what challenges were presented to you? Were you ever successful in finding your ancestor’s adoptive and biological family roots?

Now remember I'm talking about your ancestors from say a century ago. Not your living or recently deceased relatives. I suspect many adoptions 100+ years ago were informal and never even made public. For African-Americans think of how the Trans-Atlantic Slave Trade, subsequent institution of human chattel bondage, and eventual emancipation were catalysts and a continuum for many informal adoptions of children, adults and their own family members.

Blessedly or cursedly be damned, discovering an ancestor documented as "adopted" is actually not a bad thing. At least you know it happened. But you're also at the mercy of the record keepers and census enumerators of yore, and the latter often recorded what they saw or were told  — on-site and sight unseen. Not to mention your return to the proverbial drawing board in a hardscrabble attempt to document your "new" family branch and to recalibrate your genealogical pedigree. The good news is there's something you can do about it! 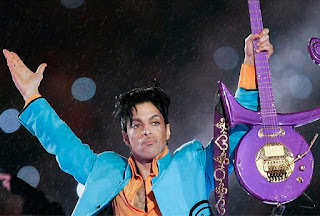 "Let's go crazy. Let's get nuts." By now I know you're wondering what does all of this have to do with Prince? ...  I can tell you now  — I won't be revealing that I'm his long lost relative. I'm just strung lovesexy for his artistry and song! So I know you'll believe me when I tell you that the musical demigod himself gave me a departing wink. And you'll soon learn why as I discuss: (1) adopted ancestors in genealogical research; (2) tips for researching adopted ancestors, and (3) a glimpse of early Americana.