Gedmatch.com, the preeminent "third-party" site for genetic genealogy enthusiasts, now features a SPREADSHEET option when you run your Gedmatch kit number (ie M123456) through the Gedmatch admixture calculators (ie Dodecad). NOTE: The Spreadsheet does NOT represent your ethnicity admixture results so please refrain from using them for those purposes. This new Population Spreadsheet corresponds to your ORACLE results (a population-fitting program measuring your genetic distance to a set of chosen reference populations based upon your Gedmatch admixture calculator results) and is best described as a utility for examining the population structure of those ORACLE reference populations.

Some of these reference populations, like most of us, contain genetic ancestry from "outside" populations and some of it may show up in our admixture for those very reasons. For example we may see a small amount of Siberian on our Dodecad World9 results and think it represents Native American when in actually it has something to do with our East African affinity. Huh?

In this blog I will show you how to use and interpret the Gedmatch Spreadsheet (in 4 steps):


(1) Assuming you've run your Gedmatch kit number through an admixture calculator (here I use Dodecad World9), simply click on the "Oracle" or "Oracle-4" button as shown here: 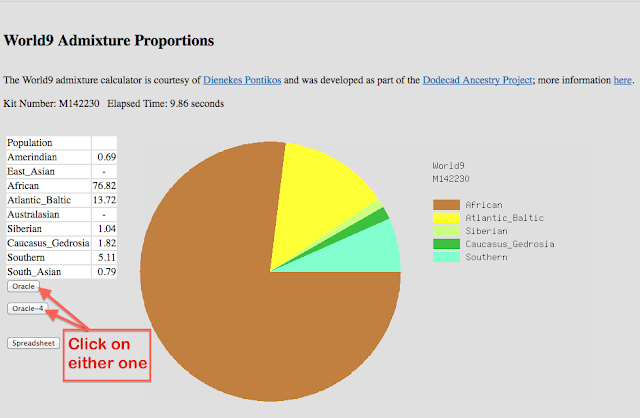 (2) You need to see your Oracle results (below) first before you run the Spreadsheet feature. This is because you'll need to know which of the Oracle reference populations you match on the Population Spreadsheet. For example my Dodecad World9 Oracle results reveal I have genetic similarity to the Bantu NE (Northeast African Bantu). 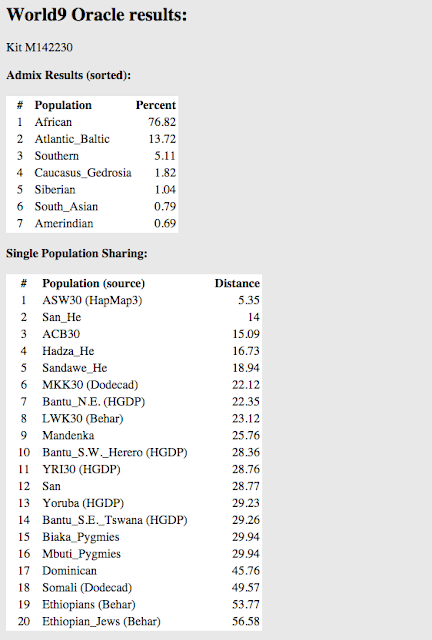 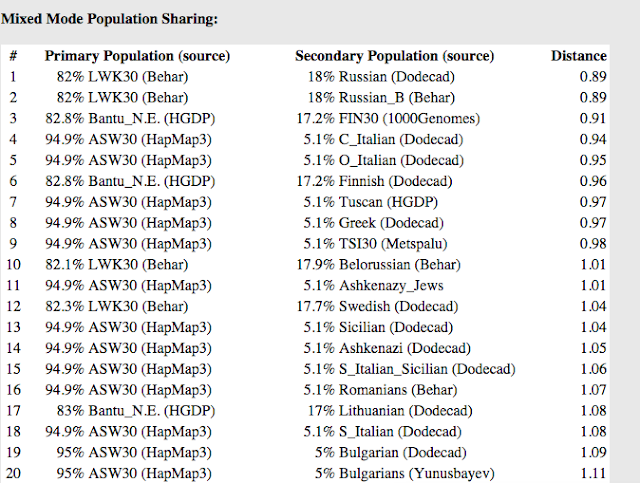 (3) Next return back to your Dodecad World9 results, and simply click on the "Spreadsheet" button as shown here: 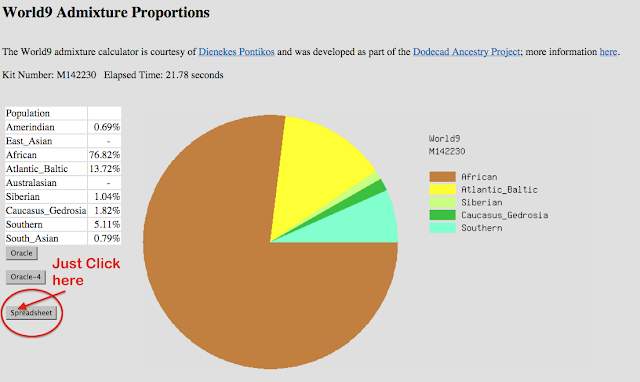 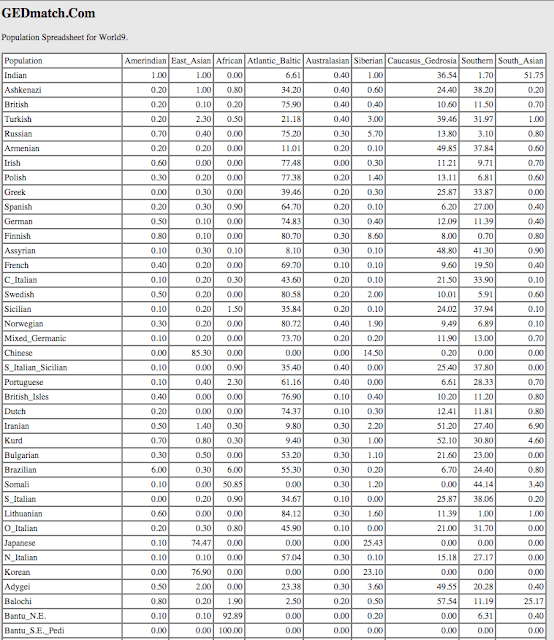